Martinus senior pre-contracts manager Toby Briggs says there is something addictive about working in the rail industry.

“At the end of each project possession you gain a sense of satisfaction for completing works after a rapid planning phase,” he says.

“In other forms of construction, you only get this satisfaction over one or two years, depending on the project size. In rail you get this after every possession.”

It’s that sense of satisfaction that has kept Toby working in rail since joining the industry “by chance” more than 10 years ago.

He was accepted into NovoRail’s graduate program after completing an engineering degree in 2009, despite having no experience in the industry.

He says it was an opportunity that formed the foundation for his career and he “never looked back” from that moment.

“In the 18 months that followed, I headed to the United Kingdom to gain more experience as a section engineer working for Laing O’Rourke.”

After joining Martinus Rail in 2014, Toby has taken the opportunity to build his industry knowledge across a range of roles, working as a senior project engineer, project manager, delivery manager and operations manager.

Now part of the senior leadership team, his role brings together the project delivery he is known for with a focus on building and maintaining customer relationships.

“I manage our pre-contracts team and mainly focus on bids, developing solution focussed methodologies,” he says.

“Part of this is about building strong and lasting partnerships with our partners and – most of all – winning work.”

While the role still delivers the reward, he has come to know from a career in rail, he believes the unique nature of the industry also brings together great people.

“That means your day to day interactions are generally with likeminded people who value their work as much as you do.”

And in a year of change and challenges for many industries, he believes rail is a good choice for those just starting out.

“It’s an industry that isn’t going anywhere,” he says. “Passengers and freight will always rely on rail.” 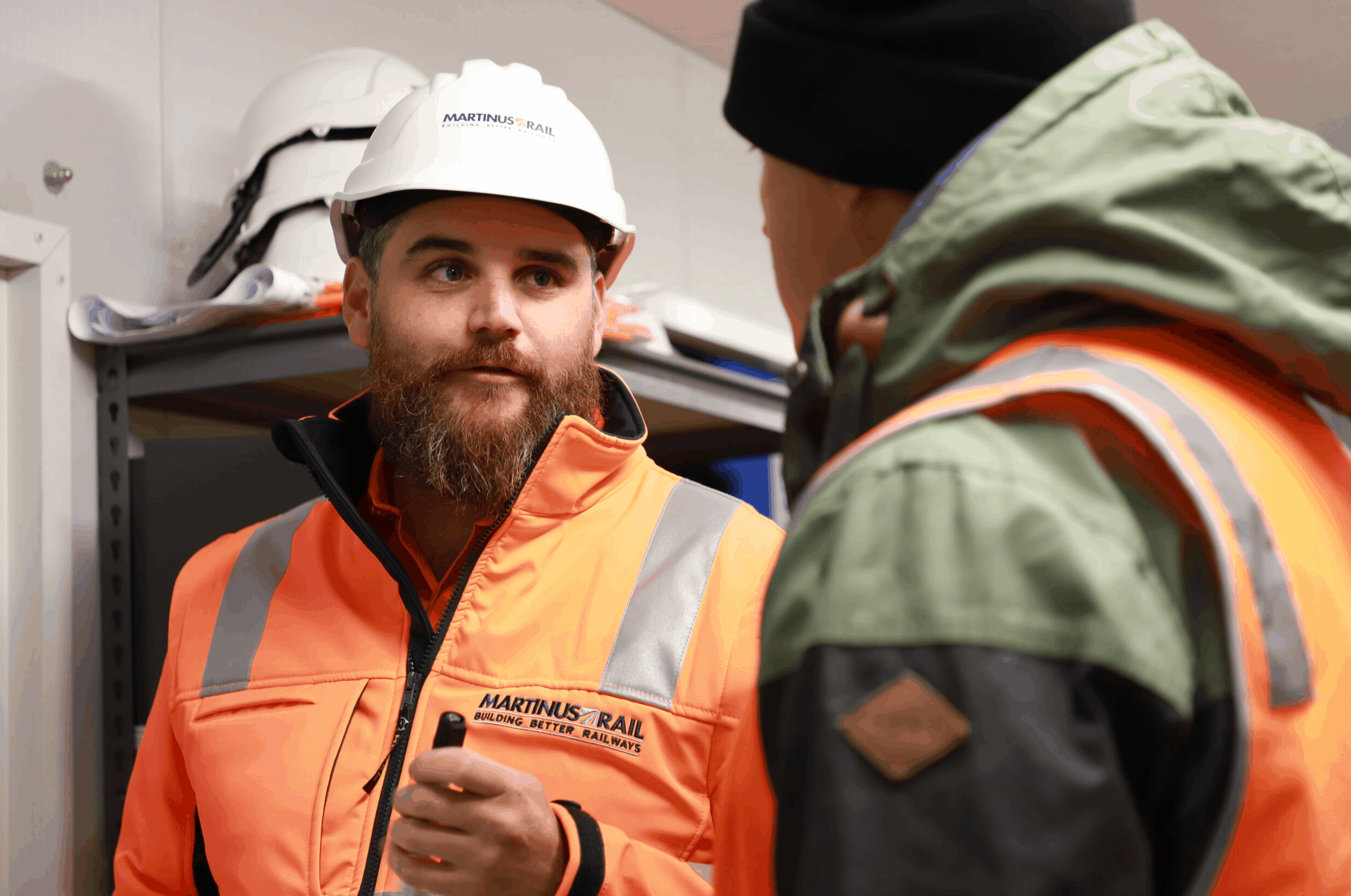